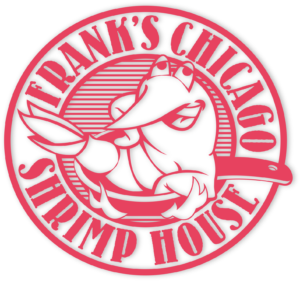 Here at Frank’s we only serve wild caught GULF Shrimp. Shrimp allowed to thrive in their natural environment have a higher quality taste than farm raised shrimp. Our shrimp is pulled directly from the fresh GULF waters and delivered right to our door. We then season them perfectly, bread them lightly, and fry them in 100% vegetable oil for a clean fresh taste! We have the highest standards for our shrimp and it shows in the end. Don’t believe us take a look at our great reviews. If you’d like to learn more about Frank’s Shrimp view our Menu Page or visit our Location Page.

Frank’s menu has a variety of items for everyone. Check out some of our top sellers today!

For more information about other great menu items such as the ones listed above view our menu page. Each of our stores menu is slightly different. Some products are not offered at all our stores. Prices are subject to change without notice. VIEW FULL MENU >

In 1946 a young U.S. Navy World War II veteran, fresh off duty as a cook on a destroyer in the South Pacific, arrived on the south side of Chicago and opened a carry-out fried shrimp and fried seafood restaurant on south Archer Avenue. In keeping with Navy jargon, he called it the Ship Shape Shrimp Shack, and ship shape it was–sparkling clean or in “ship shape”.

His business philosophy was to serve the most delicious fried shrimp and seafood in Chicago at the least possible price, while still turning a profit. He was immensely successful and the business flourished for 30 years until health and family issues forced him to close the business in 1976.

In 1982 a neighborhood truckdriver whose family was for years in the food service business, with the help of the now old owner, reopened the business. Frank’s Chicago Shrimp house was born. The old owner taught the new owner, Frank, the shrimp and seafood business from the ground up…from buying the highest quality product…preparing it all by hand, cooking and serving it, all done in the cleanest conditions possible. Frank also wanted to serve the finest food for the best price, and once again, was successful.

Another outlet was opened 12 years later, embracing the same principles, and was also successful. Five years later, Frank’s daughters, who had both worked in the family business since their early teens, became full partners and have been running the business since 1997, serving the highest quality shrimp and seafood in the entire Chicagoland area (we claim our fried shrimp are the best in the world). We invite your opinion.